I've been bruised and I've been broken. Can't believe that I put up with all this pain.....

Less than a year until election day typically equates to much fodder for a talk radio host. With that in mind, there will be a lot to squeeze in on this evening's installment of The Closer, which will air LIVE from 6:00 pm until 7 Central on AM 1280 The Patriot.

We'll look back on last Tuesday's elections and how certain media outlets chose to shine the light on alleged lefty triumphs but conveniently ignored any sharp rebukes of the Obama administration. We'll also talk about the ever fluid events of the GOP Presidential race, including the stunning resurgence of Newt Gingrich and how he's the latest "flavor of the month."

For the final two segments, I will be joined via telephone by GOP political operative Matt Mackowiak. 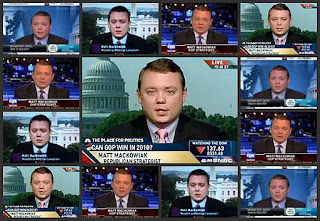 Matt and several other right wing activists/bloggers have drafted a movement simply entitled Not Mitt Romney, which, quite obviously, is a grassroots effort to ensure Romney is not the GOP Presidential candidate in 2012.

You can listen live in the Twin Cities at AM 1280 on your radio dial. In and out of the Minneapolis-St Paul area, you can listen to the program on the Internet by clicking this link.