Have yet to hear of an official gubernatorial endorsement from the Bachmann camp. Howvever, Michele Bachmann's husband Marcus may have tipped his hand (click on photo below). 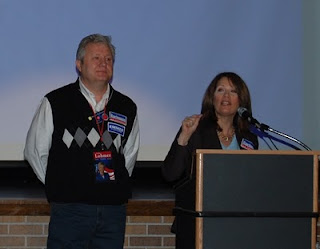 How do you feel about turning 70 years old today? 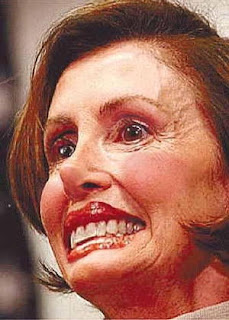 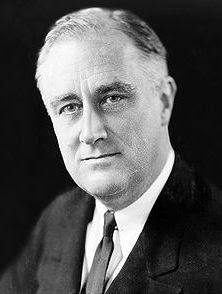 Franklin D. Roosevelt is famous for the New Deal 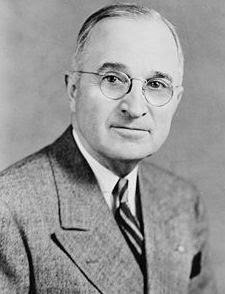 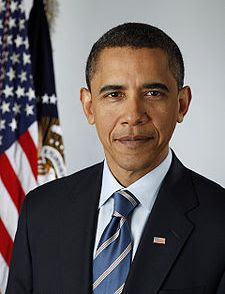 The business of contract negotiations is a necessary evil in professional sports. But now that the Minnesota Twins have extended the contract of their high profile catcher, we as fans can now focus on the actual game of baseball.

The AL MVP agreed to an eight-year, $184 million contract extension with Minnesota on Sunday that includes a full no-trade clause, a massive deal that shows the Twins are no longer spending like a small-market club.

The deal covers the 2011-2018 seasons and is the fourth largest—both in total value and average salary—in major league history. Starting next season, the All-Star catcher will make $23 million a year.

Who's to say if Mauer ever really convinced himself that leaving the Twins after the 2010 season was a possibility. But at the same time, Mauer was crystal clear that he wanted to play for a winning team, which is a euphemism for "no hometown discount will be given." To the credit of the Twins organization, they made several key off-season moves which served as overtures to Mauer that the club was serious about building upon on their division championship team from last season.

With the regular season slated to start in two weeks, Mauer's agent Ron Shapiro was willing to take as much time as possible before sealing a deal for his client. Shapiro likely played on the anxiety of the Twins front office and their knowledge that losing arguably the most popular player in franchise history (after fleecing the public for a new stadium no less) would be the ultimate P.R. disaster.

From my standpoint, I wouldn't have blamed the Twins organization if they had decided to draw a line in the sand in terms of maximum annual salary. While Mauer had won three batting titles in his first six years in the majors, arguably he wasn't even the most valuable Twin until last season (In my opinion, Justin Morneau had been the Twins' most potent offensive player from 2006-08). If Mauer's camp had demanded a salary on par with the highest in MLB (Alex Rodriguez at about $28 million annually), then you're talking about one player absorbing nearly 30% of the team's payroll. Combine that with the fact that Mauer is continuing to play the most physically demanding position on the field, there will be a pretty good chance he will endure some injury issues over the next nine seasons. From that standpoint, the Twins are already making a calculated risk with such a long-term deal.

Whatever the case, Mauer will be in a Twins uniform well past his 35th birthday. With that, the sole focus of Mauer, his teammates, the Twins front office and fans can be on the inaugural season at Target Field.

The current tally as of the morning of March 20:

THIS ABOMINATION CAN STILL BE DEFEATED!!!!!

Despite his overwhelming popularity just a year ago, President Obama has recently fallen on hard times. The American people have spoken and they clearly did not like his most recent stance on an issue very critical to us all.

Nevertheless, the President decided to press forward with his choice and accept whatever consequences may come his way. Some say he was showing keen insight while others (myself included) saw him as not incorporating any relevant facts.

But as much as it pains me to say it, the President got his way. In fact, it appears he was spot on in his decision-making.

So Mr. President, let me offer my sincerest apologies for my vehement skepticism and what I deemed as a "radical thought process."

Never in a million years would I have thought that Murray St. would upset Vanderbilt in the first round of the NCAA basketball tournament.

Back to the basics (or Everything I learned about effective government, I learned in first grade)

When one sees how utterly inept our government has become, one would ascertain that even a first-grader could manage issues more efficiently.

With House Speaker Nancy Pelosi exploring a "Deem and Pass" strategy to push through wildly unpopular health care legislation, it appears the third most powerful politician in the country has lost all sense of proper legislative procedure. Sometimes we just need to take a step back and get back to the basics.

As such, I'd like to point Madame Speaker to something I first learned as a student at a Highwood Hills Elementary School.


As citizens, we certainly haven't forgotten our right and responsibility to make sure our Congressional representatives hear our voices.

To ensure that your House member and the 58 Democrats on the fence know how you feel about the health care abomination, please check out this link. Time is definitely of the essence!! 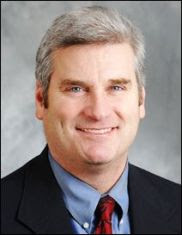 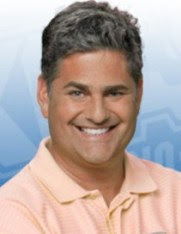 As the radio voice of the Minnesota Vikings, Allen (right) had one of the more classic on-air reactions to a last second Vikes loss in 2003. I may utter a similar response if Emmer is not the 2010 GOP nominee for MN Governor.

"He's a real nutcase. You hang around with him, you're gonna end up in big trouble."

No doubt that quote has been attributed to both.

Climb in off the ledge, Twins fans

Everybody relax. Take a deep breath and exhale.

Yes, potentially losing All-Star closer Joe Nathan for the season is a buzzkill, no question. But the club is still in Spring Training, which means there is ample time to find someone on the current roster to supplant Nathan in 2010. Early speculation is that Matt Guerrier, Jon Rauch or Jose Mijares would be strong candidates to emerge as the ninth inning specialist. I guess we'll have to see how things play out. Lest we forget, the Twins were intending on re-signing closer Eddie Guardado for the 2004 season when he opted to sign with the Seattle Mariners. As a result, Nathan, who was brought in that season via trade to be the Twins eighth inning specialist, was given the closer role despite having only one career save in 121 major league appearances. Six seasons and 246 saves later, Nathan is considered by many to be the second best closer in baseball, trailing only the legendary Mariano Rivera.

I would be surprised if the Twins sprung a trade for an established closer given that their payroll is already hovering around $100 million. But if the 2010 stopper morphs into the second coming of Ron Davis within the first month of the season, a trade is still a possibility. It was rumored last July/August that the Twins were looking at San Diego Padres righty Heath Bell in an effort to bolster their bullpen down the stretch. In his first season as Padres stopper in 2009, Bell registered 42 saves.

Bottom line is I wouldn't expect the Twins to enter the regular season in a funk even if their All-Star stopper is unable to contribute. Besides, the club's recent history suggests that they thrive in adverse situations. Last September 12, with 20 games remaining, All-Star slugger Justin Morneau would play his final game of the year. A back injury forced Morneau to the bench with his club 5-1/2 games out of first place. The Twins weathered the storm by finishing the regular season 17-4 (including the thrilling tiebreaker in game 163) and capturing the American League Central division.

I guess what I'm trying to say is I'm not going to request a refund on my 2010 season tickets. 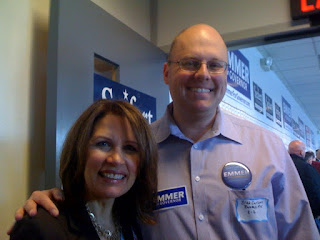 Our dynamic Congresswoman, Michele Bachmann, stopped by our BPOU!

In my first BPOU convention as a resident of SD48, I have to say there was an excitement and energy I've rarely experienced in such a venue. We met Saturday at Anoka City Hall where all the delegates literally couldn't fit into the meeting room!

We were fortunate to receive campaign visits from gregarious people like Congresswoman Michele Bachmann and gubernatorial candidate Tom Emmer, both of whom enhanced the energetic buzz about the room! And just as Emmer and wife Jacquie exited the convention, the other favored GOP candidate for Governor, Marty Seifert, walked in. Seifert also delivered a very impassioned speech, which gives me some comfort if Emmer (my choice for Governor) does not emerge as the Republican candidate.

As for the local House and Senate races, all candidates received unanimous endorsements. While the GOP endorsement was something that eluded Rep. Jim Abeler (HD48B) two years ago, his constituents clearly have forgiven his 2008 vote on the mass transit subsidy Transportation Bill. On a more lighthearted note, when I saw Rep. Abeler later on, he motioned to me and said "Look, I got my haircut!" I guess he found my blog post where I took a cheap shot at his shoulder length hair.

Early projections indicate sweeping GOP gains in both local and national elections come November. I guess it's not too shocking the motivation that can boil over in freedom-loving citizens when our Federal government is poised to take over health care and enact Cap and Trade. Add that to the takeovers of the auto industry and certain financial institutions, and you have a government who controls over half of this nation's economy.

I don't know about you, but that doesn't sound very much like a "free" society to me. And that is why I'm ready to roll up the proverbial sleeves and get ready to work over the next eight months.

It's convention season in Minnesota, and our BPOU meeting in SD48 is slated to take place this Saturday. As a delegate in said district, I have received phone calls from prominent candidates seeking endorsements.

Last week, Rep. Jim Abeler called me personally to seek my endorsement for his re-election bid in MN House in 48B. As far as I know, Abeler is receiving no serious challenges for the GOP nomination, so there was really no one else for me to consider. Besides, I feel Abeler has been on the right side of the majority of issues important to me.

Then yesterday I got a call from Rhonda Sivarajah, who is the running mate of GOP gubernatorial candidate Marty Seifert. Although I didn't talk to her live, Sivarajah wanted to be sure I would be attending my BPOU convention on March 6. She also wanted to know where I stood in my preference for Governor.

In my mind, the GOP has been blessed this campaign season with two solid candidates in Seifert and Rep. Tom Emmer (Delano). If you look at their respective campaign web sites and where they stand on the issues, the differences between the two are infinitesimal. And if Seifert happens to secure the GOP nomination, I will throw my support behind him 100%.

But I endorse Tom Emmer for Governor because he's actually been in the working world within the past decade (he's been a well-respected trial lawyer for more than twenty years). Nothing causes me to roll my eyes more frequently than a career politician who talks about knowing the needs of "working families." And while Seifert is no octogenarian (he'll be 38 next month), he was first elected to the MN House in 1996 when he was only 24 years old. He really hasn't known any other vocation. On the other hand, Emmer appears the type to fulfill his public service by enacting an ambitious agenda and then stepping aside. This is the spirit in which public service was intended. And that is just one of a host of reasons why I am pledging my full support for Emmer.