With Sen. Ben Nelson (D-NE) acknowledging that he will likely vote "yes" on cloture, it is likely that there are the required 60 votes to end debate on the health care bill. The next step, if majority leader Harry Reid has his way, will be a vote on the actual bill before Christmas.

Assuming passage, the bill will go back to the US House where it may be voted upon in its current format or possibly reworked. Either way, a different version of the health care bill passed the House by a razor-thin 220-215 margin. That said, it will take only three Democrats in the House to flip, thus stopping this abomination. According to Rep. Tom Price (R-GA), there are five Democrats who could possibly be swayed. They are as follows:

Also contact your own Congressional representatives. Any House member can be reached at (202) 224-3121.

I can imagine that the aforementioned reps are outside the Congressional districts of many of my readers. However, their votes will affect us all.

You knew it was only a matter of time before the Senate's resident fart joke, Al Franken, would make a complete jackass of himself. But to turn the trick twice in one week? Well, I guess I underestimated just how much of a disgrace he is to my beloved home state.

Earlier this week, Franken totally misstates a point made by Senator John Thune and then epitomizes the understanding (or lack thereof) of health care proponents by not even properly interpreting the bill's ramifications.

Then in a seemingly unprecedented gesture today, Franken does not allow Senator Joe Lieberman an opportunity to finish his remarks after his allotted ten minutes elapsed.

Ah, but take heart Minnesotans. Only 5 years, 2 months and four days more to endure this buffoon.

There was much fear and loathing amongst Vikings Nation after getting thoroughly dominated by the Arizona Cardinals this past Sunday. Add on top of that some haughtiness displayed by our Spinach and Lemon Green & Gold neighbors to the east, and you actually have some intrigue in the NFC North race.

My how things have changed in just over a month.

After finishing off a sweep of the Green Bay Packers on November 1, the Vikings were sitting pretty with a 7-1 record going into their bye week. Then without even playing a game in week nine, the Vikes expanded their division lead to three full games (essentially four games with Minnesota owning the tiebreaker advantage) when the Pack lost to the 0-7 Tampa Bay Buccaneers. Packer Nation was in a veritable meltdown after that, as there were calls for the heads of GM Ted Thompson, head coach Fred Flintstone Mike McCarthy and defensive coordinator Dom Capers. It would have been difficult to believe that the Vikings would have ever been in a "must win" situation until the postseason.

But since that fateful week nine loss, the Packers have seemingly righted the ship. They have won four consecutive games and are now statistically the top ranked defense in the NFL. Combine that with the fact the quarterback Aaron Rodgers has survived the poor offensive line play (sacked 43 times in the first ten games; only twice the past two) and the Pack has once again emerged as a threat to be thumped by the New Orleans Saints in the NFC title game in the postseason.

My take is I'm assuming the Packers will run the table in their remaining four games, which are at Chicago, at Pittsburgh, hosting Seattle and at Arizona. If that is the case, Green Bay will finish with a 12-4 record. So for the Vikings (10-2) to win the division (and wrap up a first round bye) they must go at least 2-2 against the remaining schedule of hosting Cincinnati, at Carolina, at Chicago and hosting the New York Giants. And if the Vikings can't manage that record in their last four contests then I don't believe they're worthy of the division title, much less for people to take them seriously as a Super Bowl contender.

And if indeed the Packers beat the lousy Bears and the Vikes lose to the Bengals this week, the panic will increase amongst Vikings fans while the Purple's margin for error significantly decreases.

I've been asked by more than a few friends why I have yet to opine on the recent troubled times of pro golfer Tiger Woods. After all, I have written many sparkling blog posts about Woods and his becoming the greatest golfer, if not most accomplished athlete, in my lifetime.

But literally within a two week span, Tiger has had perhaps the largest fall from grace suffered by a celebrity.

If one were to mention Tiger's name last month, there are a myriad of things which would come to mind. Like the fact his 14 major championships in thirteen years rank him second behind only Jack Nicklaus. Or the massive wealth Tiger had accumulated through lucrative endorsement deals, the largest courtesy of Nike. And if all that weren't enough, he was married to the smokin' hot Elin Nordegren, a Swedish supermodel with whom Tiger had two children.

But as the seedier, more slimy details surfaced regarding the multiple extramarital affairs in which Tiger has engaged, my initial reaction was utter shock. But then I quickly asked myself why I was so taken aback. I mean, I didn't know Tiger personally. I merely saw the utter phenom who did things on a golf course that had literally never been seen. So from that, how is it I could draw the conclusion that he was a man of integrity, a model citizen if you will? It's not unlike how I felt when I learned of the secret life of Kirby Puckett. I saw a gifted, jovial athlete on the baseball field but knew of literally nothing that took place in Puckett's personal life. And that is a life lesson that I have learned the hard way. No matter how genuine and polished a person may appear, we never know what goes on behind closed doors.

In an unprecedented collapse at this past summer's PGA Championship at Hazeltine, Tiger Woods lost despite having a two-stroke lead going into the final round. I can only guess that at this very moment he would give anything for that to be the most significant problem in his life.

Go on & write me up for 125
Post my face, wanted dead or alive
Take my license n' all that jive
I can't drive FIFTY FIVE!!!!!
-Sammy Hagar

A query for leftists (and it's multiple choice!!)

In light of President Obama's decision to send upwards of 30,000 troops to Afghanistan, which bumper sticker did you remove first? 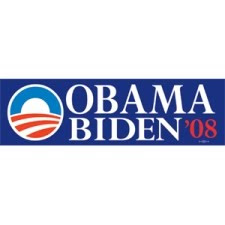 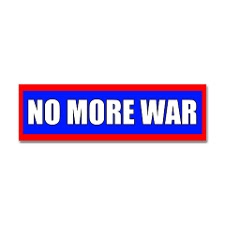 Feel free to leave your answer in the comment section.