A good friend of mine (whom I had not seen in nearly ten years) was in town from Washington, D.C. this week for the Republican National Convention. So I get a call from him at 6:30 last evening inviting me to the RNC. I had to think about it for, oh I don't know, a millisecond before I responded "ABSO-FRIGGIN-LUTELY!!!"

South Carolina Senator Lindsey Graham, former Homeland Security Director (and former Pennsylvania Governor) Tom Ridge and Cindy McCain were the warm up acts for the man of the evening.

I have to say it was an honor to witness first hand a truly historic moment. It's not often that one gets to hear a true American hero like John McCain accept his party's nomination for President of the United States. Combine that with the fact his running mate is the first female Vice Presidential nominee in the history of the GOP, and you have yourself an energized party.

As Senator McCain wrapped up his speech, one thought occurred to me when thinking back on all of the speeches I heard this past week: No way could Democrats have given those talks. The reason quite simply was that there was too much optimism and pride in country displayed by the likes of Senator McCain, Gov. Sarah Palin, Fred Thompson, etc.

But now, the real fun begins. The next sixty days is the sprint portion of what has been a near 18-month marathon. 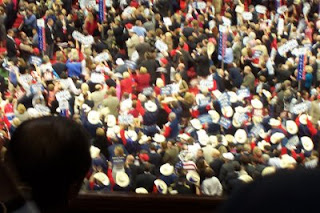 All those cowboy hats represents the Texas delegation 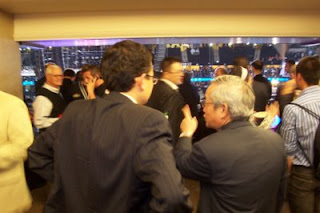 Everyone in our suite anticipating the appearance of John McCain 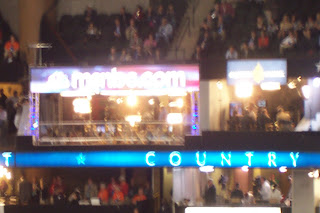 A shot of media row. Al Jazeera is to the right of MSNBC (physically, not politically. Although one has to wonder sometimes) 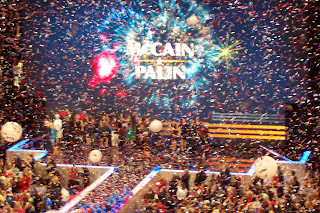 The post-convention dropping of balloons and confetti 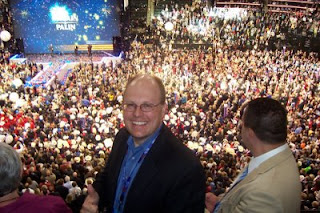 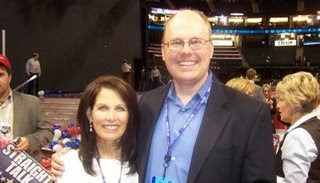 When we move to Ramsey on September 30, Michele Bachmann will be our Congresswoman!!!

Email ThisBlogThis!Share to TwitterShare to FacebookShare to Pinterest
Labels: Election '08

You! You! You ... lucky, lucky dog! What an incredible, blessed opportunity! God forgive my envy. Ruth and I wished we could have been there. We thought about when we saw President Bush at the Xcel in 2003 and how great it would have been to be there for this. Thanks for the on-the-spot report. One for the history books - and for your own photo album! Very, very cool.