With all due respect to the late crooner Andy Williams, this too is the most wonderful time of the year, given it's less than a week until Super Bowl Sunday.

As members of the Seattle Seahawks and Denver Broncos arrived in New Jersey on Sunday, press conferences commenced. One which caught my eye was an interview granted by Seattle QB Russell Wilson. I guess I hadn't seen him without his helmet recently, but his hairdo appears somewhat different from what I recall. 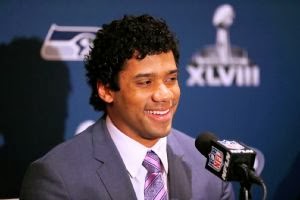 Is it just me, or does anyone else believe that if Wilson grew a fu manchu mustache and some mutton chop sideburns, he'd look like this? 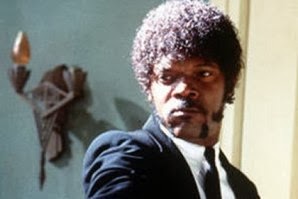