The staple of Twin Cities morning radio, Tom Barnard, has announced he will be leaving the wildly popular KQ92 Morning Show.

I wanted all of the great listeners of the K.Q. morning show to hear it directly from me. I will be leaving the Morning show on Dec. 21, 2012. That will give the show enough time to find out who should host the show as my role begins to diminish in the last few months of 2012. They can continue on for many years after I leave with their abilities and talents.

I want to thank all of the people who supported the show over the years. You gave my family the life we have and we are very grateful to you for it. You really are the best in the business. As Christopher Guest would say "let's just do a good show!" for the next 39 months.

This show has been a fixture in my morning commute since the fall of 1987, when I was beginning my freshman year of college. To think of the KQ Morning Show without "Tommy B" is definitely a lot to process.

There's a more detailed post that I'll have to put together later on.

Pull the plug on Cable

Oakland Raiders fossil owner Al Davis hired current coach Tom Cable last season after firing Lane Kiffin for not being able to jam his hand up Kiffin's back "cause". Enter Cable, who took over on an interim basis in 2008 and then was given the job prior to this season since Al couldn't find any other puppets qualified candidates.

Since Davis is so prolific when it comes to searching for head coaches, he may have another opportunity to indulge.

Though the story has migrated away from the back burner since the start of the regular season, it's not going away.

And that's not good for the Raiders.

Hanson's lawyer, John McGuinn, declined to delve into the details, but McGuinn said that it was a "textbook case of felony assault."

Hanson was interviewed by authorities investigating the case on Friday night.

It appeared Hanson was willing to let bygones be bygones, until Cable denied the incident and New England Patriots shill ESPN football analyst Mark Schlereth expressed his shock, SHOCK that Cable could be accused of such a thing. Lost in the vehement defense of the Raiders coach was the fact that Schlereth was a player at the University of Idaho in the late 80s, the same time Cable was a graduate assistant there.

Legend has it that Davis once tried to coax 48-year old Jim Brown out of retirement in 1984 to play for the first time in nearly 20 years. Who knows? Perhaps Davis could entice John Madden to coach again. Heck, I wouldn't put it past Al to have an agreement in place would where Madden would only have to coach home games.

Could there possibly be any more of a dysfunctional franchise in pro sports today than the Oakland Raiders?

An old friend of mine was in town from San Diego this weekend for a family reunion. For the past several years he has been pastor of a church in San Diego. So it was a treat to hear him and his dynamic preaching at a church in St. Paul this morning.

Unexpected, however, was a gentleman from India, who is also a missionary in that region. The Rev. C.P. Thomas was the "opening act", if you will. Anyhow, he shared his testimony about his ministry taking place in northern India, which is near the Pakistani & Afghan borders. In four years, his ministry has taken in literally thousands of Taliban members and have led them to accept Jesus Christ as their Lord and Savior! There was also video footage of some of the more notorious Taliban leaders (including those instrumental in killing 200 members of American forces) being baptized!! Keep in mind, these men and women in that area are basically signing their own death warrant with such a religious conversion. And Rev. Thomas himself has been brutally beaten for preaching the gospel of Jesus Christ.

Such displays of faith causes American Christians (myself included) to really assess the strength of our own convictions. Because of the religious freedom we have in this great country, it's easy to perhaps underestimate the responsibility to share God's glory.

Yes, this was yet another Sunday where I left church a lot different person than when I walked in.

A scenario for lefties to ponder

One of the more despicable claims made by the American left is that those who engage in tea parties and town hall protests are nothing but racists who fear a black man spending their money.

So if you cling to that idiotic meme, answer me this: Do you honestly think conservatives would stand pat if ultra liberal John Edwards were the President making the same policy decisions? Of course not! We would be just as outraged.

So if Edwards were President and we conservatives were just as objectionable to such disastrous policies, would you lefties then accuse us of what you're guilty of on a regular basis? That is, blaming the country's problems on a Southern white male?

Email ThisBlogThis!Share to TwitterShare to FacebookShare to Pinterest
Labels: Entertainment

Whether or not you’re a fan of women’s tennis, undoubtedly you have heard of the Williams sisters. Between the two of them, they have won twenty grand slam singles titles (Venus – 9; Serena – 11). They both have Olympic gold medals and as doubles partners have amassed another nine Grand Slam championships.

But the one thing they have yet to accomplish is learning how to lose with dignity. If you ever listen to a post-match press conference after a loss, neither Williams sister ever gives kudos to an opponent for their stellar play. Now I get the fact that as a professional athlete you need a substantially large ego. But conceding that you were outplayed on a given day is far from acknowledging that another player is better overall.

And after yesterday’s meltdown in a US Open semifinal loss to Kim Clijsters, Serena Williams brought “lack of accountability” to a new level.

With Williams serving at 5-6, 15-30 in the second set, she faulted on her first serve. On the second serve, a line judge called a foot fault, making it a double-fault -- a call rarely, if ever, seen at that stage of any match, let alone the semifinals of a Grand Slam tournament.

That made the score 15-40, putting Clijsters one point from victory.

Instead of stepping to the baseline to serve again, Williams went over and shouted and cursed at the line judge, pointing at her and shaking a ball at her.

But in the post-match press conference, when asked about threatening the official, Serena stated ”"I didn't threaten [her].” Serena even seemed shocked, SHOCKED that the target of her ire felt threatened at all.

One can make a subjective argument if a loss in a tennis match is due to poor play or a superior opponent. But spewing f-bombs and “swearing to God” that you’re going to invoke harm on another human being is not a threat? Seems to me there was strong empirical evidence to the contrary. 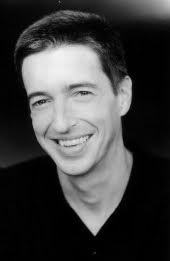 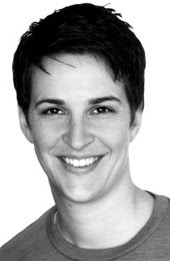 I haven't watched any news programs this morning, but one thing is usually certain on any anniversary of the 9/11/01 terrorist attacks: Democrat politicians and/or liberal pundits will appear on news shows and ponder the obligatory "Are we safer than we were ___ years ago?" We will then hear how George Bush made us less safe and how the Iraq war bogged us down, etc., etc., etc.

Again, this banter may have taken place already today but thus far I have yet to hear any instances of this usual coarse rhetoric. Then again, Keith Olbermann and Ron Reagan Rachel Maddow are on in primetime.

This is a follow up to one of my posts from last week.

In his own words, evangelist Jason Frenn talks about a door God opened for him a few years ago.

Some time ago I had mentioned that I was thinking of a different direction for my blogging career.

I have decided I will march on with this blog but at the same time participate in a team endeavor. Hence, the new venture entitled Grumpy Old Men. Go on! Check it out!

Thank you in advance for your support.

Email ThisBlogThis!Share to TwitterShare to FacebookShare to Pinterest
Labels: Me, MOB

Remembering "The Don" of voices.

It was sometime in 2006 when evangelist Jason Frenn, founder of Power to Change, was devising the means to promote his ministry. His first inclination was to create a DVD series of the messages he had preached across the globe. While compiling ideas for these multimedia venues, a television commercial caught Jason’s attention. It was one of those Geico ads where regular Geico customers tell their respective stories with the help of someone from the entertainment industry.

Jason saw the one with voiceover actor Don LaFontaine:

It was at that very moment when Jason received a word from the Lord. He was told that it would be the legendary LaFontaine, the voice of literally thousands of trailers, who would provide the promotional voiceover for his DVDs. Given that LaFontaine was such a titan in the voiceover industry, Jason was hesitant due to his ministry's rather minuscule budget. But since Jason was convinced he had heard from the Lord, he proceeded with the utmost faith. He was able to locate the promotional company for which LaFontaine worked. But after barraging them with e-mails and phone calls, there was nary a reply. Jason then turned to the publicists who represented LaFontaine but the results were the same.

Out of complete desperation, Jason went to LaFontaine’s personal web site. While there, he clicked on a link entitled “Contact Us” and sent off an e-mail of what he was looking for.

On September 1, 2006, Jason received a generic e-mail from the Don LaFontaine web site. Attached was an mp3 file with a simple note wishing Jason and his ministry well. The e-mail was simply signed “Don”.

After weeks of exhaustive research, prayers and unanswered inquiries, Jason heard from the legendary voice himself, who delivered the kind of promo which Power to Change had sought after for months.

Exactly two years after his generous contribution to Jason Frenn’s ministry, Don LaFontaine would pass away at the age of 68.

And today, exactly one year after his untimely passing, LaFontaine is still missed by all those who knew his generosity.