If you’ve read this blog at any point in time you certainly know I have an affinity for the 1980s. Being born in 1969 means the prime of my youth took place in that great decade of the 80s. Whenever I reminisce fondly about that time period, I often regret that I didn’t enjoy that part of my life more than I did. I mean, it’s not like I was the most popular kid in high school. In fact, do you remember the outcasts who would go to the Friday night dances but were too afraid to ask a girl to dance so they just stood against a wall and snapped their fingers to the music playing? Even those guys were too cool for me.

No, my reverence for the 80s stems from its phenomenal pop culture. And one certainly can’t give a top 10 list of 80s icons without inevitably naming actress Molly Ringwald. 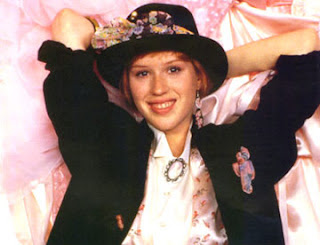 Yes, Ms. Ringwald was one of the more prolific teen actresses of that wonderful decade. With brilliantly equal precision she could play an awkward teen whose family forgets her “Sweet Sixteen” or an uppity, rich Prom Queen stuck in Saturday detention or a blue-collar outcast from the wrong side of the tracks. Whatever the status of a high school guy in the 80s, Molly at one time or another played a character which would suit any of our desires.

By the way, did I ever mention that in the mid-90s I went out on two dates with a girl (her name was Lisa) who bore an uncanny resemblance to Molly Ringwald (Yes, my wife knows)? Anyhow, I think Lisa got a little annoyed on our second date when I said to her in an Asian accent “What’s happening hot stuff?” I had a feeling that she had heard that a time or two before.

The ultimate purpose of this post is not so much a tribute to Molly Ringwald as much as it is an acknowledgement on how life is moving on. 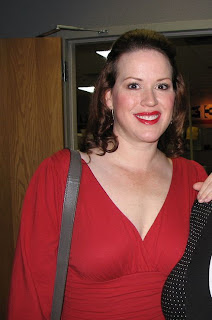 How is it that an awkward teen actress whom I was close to in age is now 40? Unbelievable!!

Email ThisBlogThis!Share to TwitterShare to FacebookShare to Pinterest
Labels: Entertainment, I love the 80s, Pop Culture

I knew Molly was getting older when she played a WWII mom forced to go into Rosie the Riveter mode in one of those direct-to-DVD "American Girl" movies that my daughter periodically inflicts on me. We're a long way from Sixteen Candles, that's for sure.